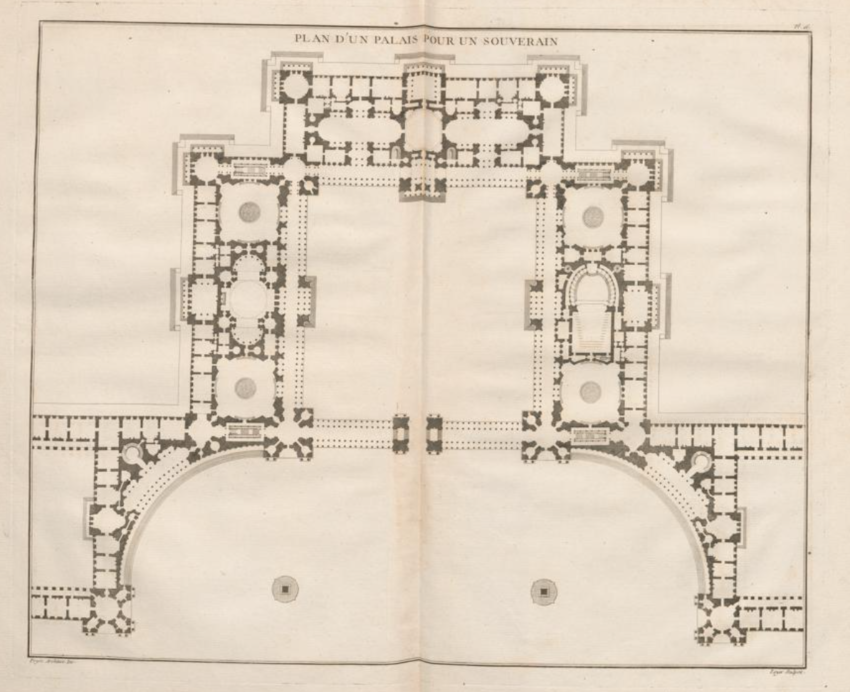 I find it interesting that, no matter what page or spread, the book is structured in a very unusual way. The author is clearly trying to show different kinds of buildings, some historic, some real (which have been planned/built), some fictional, only as an idea. As the book is written for the king of France, it is (probably) meant to inspire him for his future monuments and grand buildings, such as churches, fountains and palaces. While there is always a small text accompanying the images, the author lets the plans speak for themselves.

Here, the author shows a building which he really admires and recommends for “a capital”, therefore probably meaning Paris.

This plan doesn’t seem like it’s from an actual building. Instead, it is an idea for a future grand building “for the people”.

By showing the ancient diocletian thermes in Rome, it is unclear wheter he wants to simply educate the reader about these buildings or inspire them to create something with a similar style.

I chose these three spreads because I found them to be the most interesting, but of course there are other spreads that have the same “theme”.

Overall, it seems that this book serves more like a picture book; not for children, but for the king of France. This makes it a very unusual and surprising book, which is definitely not what I expected.