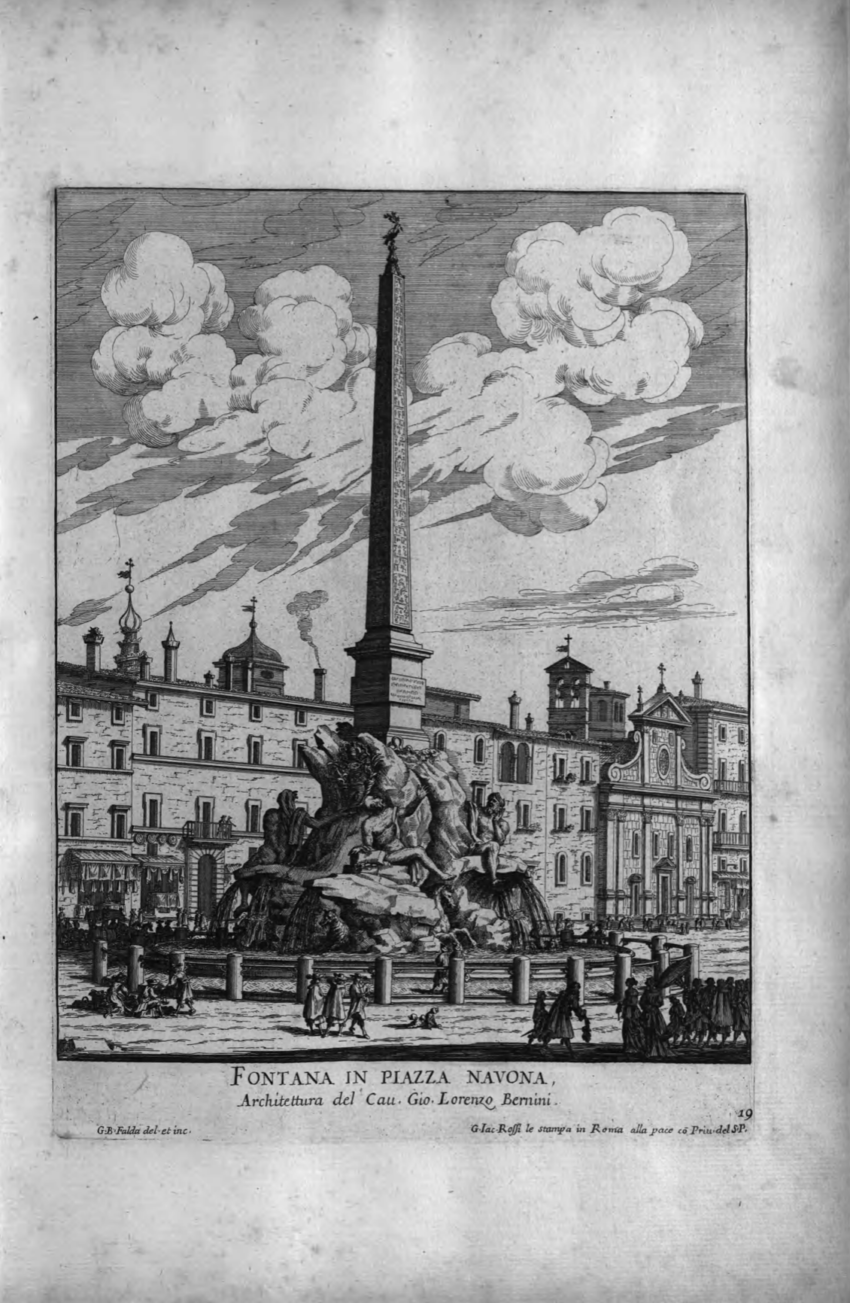 The first of the two pages involves a huge fountain which has a great statue on top, swimming in the pool of water. The picture has a hard outline, which centers the frame in the middle of the page. At the bottom is as always a description of the shown fountain. it could be a greek or ancient god of the seas, like Poseidon or in the roman mythology, Neptun.

On this page we can find an illustration in which two bears stand guard above a tall fountain. The special thing about the bears are the splashing water, which comes out of their mouths and directly into the underlying fountain. Nearly as special is the place in which the fountain was built, it looks like it is difficult to go around that fountain. The two walls build like a fortress with the fountain in the entrance. Its like a blocker in-between those two walls. The foreground of the image is in the shadow, which leads our eye on the fountain in the center. Also the background is in shaded areas.

As in every page in this book, only one of the two double pages is filled with an illustration. This time, the author decided that too, but the illustration is published vertical and not horizontal because its a abnormal tall fountain. At first sight, it isn’t seen as a fountain, only if we look carefully, we can see the water sprinkling from the lower part of the enormous construction. The illustration also features a massive obelisk. This page isn’t as easy to read for the eye, especially with the under part, because the drawing has a lot of dark and contrasty shades. Another eye-catching thing are the clouds behind the fountain.