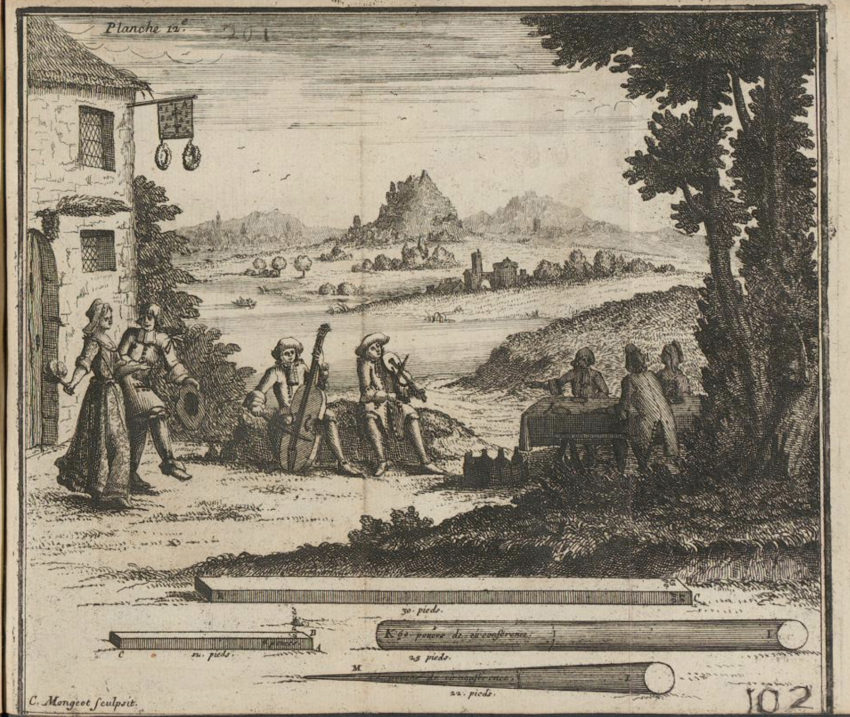 Expectation of the Physical book:

After looking at the whole pdf, I expect this book to be small, sort of like a handbook and very long. I have this expectation because the theme of the book is about the methods of travelling in the military. Maybe it could be travel size. Although it could also have a big size, seeing that the illustrations are in great detail.

The pages I chose:

The first page I chose, is page 143. It looks like the whole image is spread across two pages. I chose this page because, in contrast to the other images, this one depicts a scene of people and also a technical aspect of the theme, the bottom part of the image. Since the book is sort of a handbook for military travelling, I suppose this image shows a group of soldiers enjoying their life travelling because of war. From all the images, this was the one that stood out to me the most, because of the scene and the people.

The second page I chose, is page 88 (of the book). This page contains calculations. I chose this page because it has numbers. As I scrolled through the pdf I saw for the most part text and images, so it surprised me to see numbers and after the first numbers, a whole page of calculations. I expected this architecture book to be for aesthetic purposes and I find calculations.

As the book was presented in front of me, the first thing I noticed is that my expectation was correct. The book was indeed a handbook and it was small and elongated. The paper felt thick and the spine looked really worn out. As though the previous owner travelled with it.