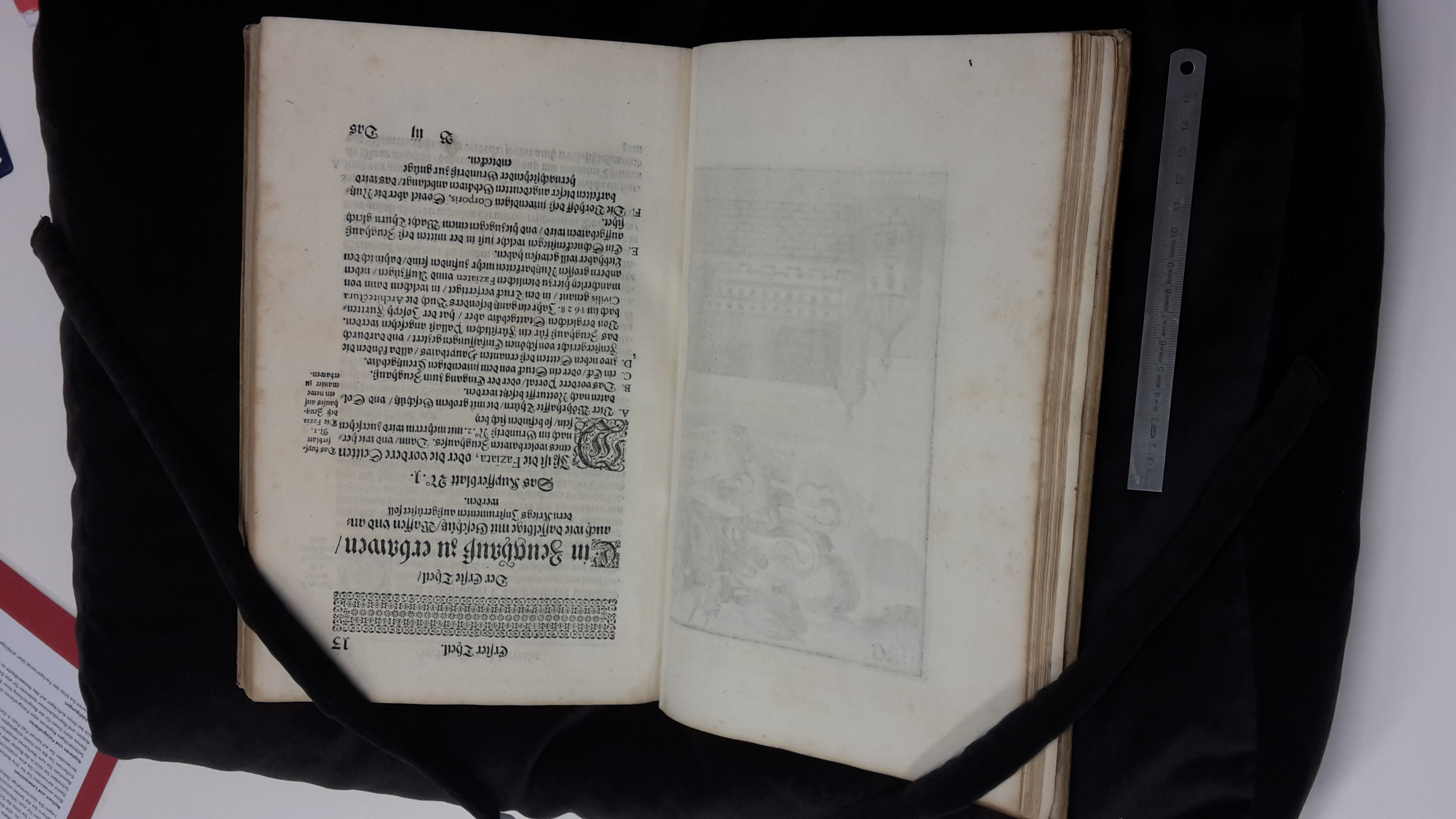 TOPIC OF THE BOOK

“Architectura martialis” is a book about the way to build fortifications and generally about the constructions for war and weapons. In the book it is included as well the topic of the military tactics and furthermore there are several examples of cannons, mortars and so on. Its peculiar aspect is the fact that the book was written as journal/diary (Tagebuch).

The dimension of its height is 310 mm, so the book has the “Folio” size; the width is around 200mm, while the thickness 50mm. The font of the book is gothic, which was quite widespread in the North of Europe. (Indeed the book was written in old German).

It is consituted by 93 pages and 12 two-sided images (Kupfertafeln). It is subdivided in an introduction (Eingang), then in three sections (Teile) and in sort of chapters, which in the book are called “Blätter”. Every section has a different composition: the first has about three chapters and ends with a sort of epistolary dialogue, the second starts and ends with this dialogue, while, in its central part the chapters proceed and the third section is the smallest and consists of only epistolary dialogue/conversation.