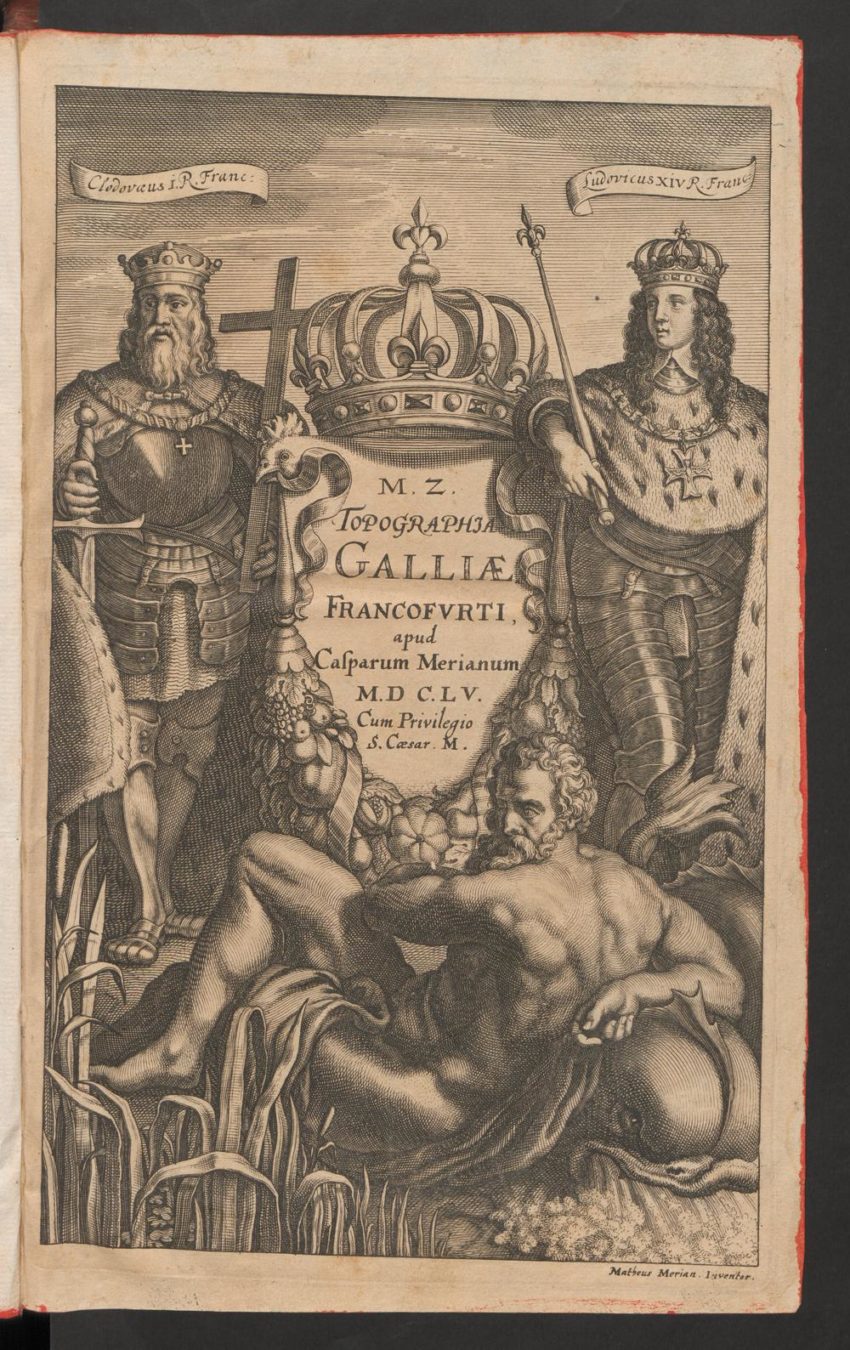 This is a beautiful title page, ilustrated by the son (Caspar Merian) of the Swiss-German engraver and publisher Matthäus Merian. The picture shows two important kings: on the left – the Frankish King Clovis I., who subjugated the last Roman ruler in Gaul – later France. On the right side is the King of France, Louis XIV., who was reigning at that time.

I chose this picture, because it shows an astonishingly precise drawing of Paris and depicts it from a bird’s eye view. But not only the perspective draws the spectator’s attention, the numbering of the districts, which is later explained in a map key, seems also impressive . Furthermore, it was quite interesting to observe, how the map had to be folded together, in order to fit into the book.

The size of the book is approximately 24*28cm and thickness 6cm. It has been relatively well preserved. The cover as well as the pages seem to be almost undamaged, except for traces of ageing.