For this task I first needed to get used to the new search engine “Alice”. Fortunately, it is very simple and very effective. Almost to effective as I was a bit overwhelmed with all the different results which appeared when I first just searched for the name of my book. Given the very broad range…

The book with which I will become even better friends is titled “Dell’architettura. Dialogi di Ermenegildo Pini C.R.B”. Ermenegildo (1739-1825) is also the author of the book. He was a studied philosopher, geologist and mathematician who was very interested in and geological phenomena and to proof them in a scientific as well as in a religious way…. 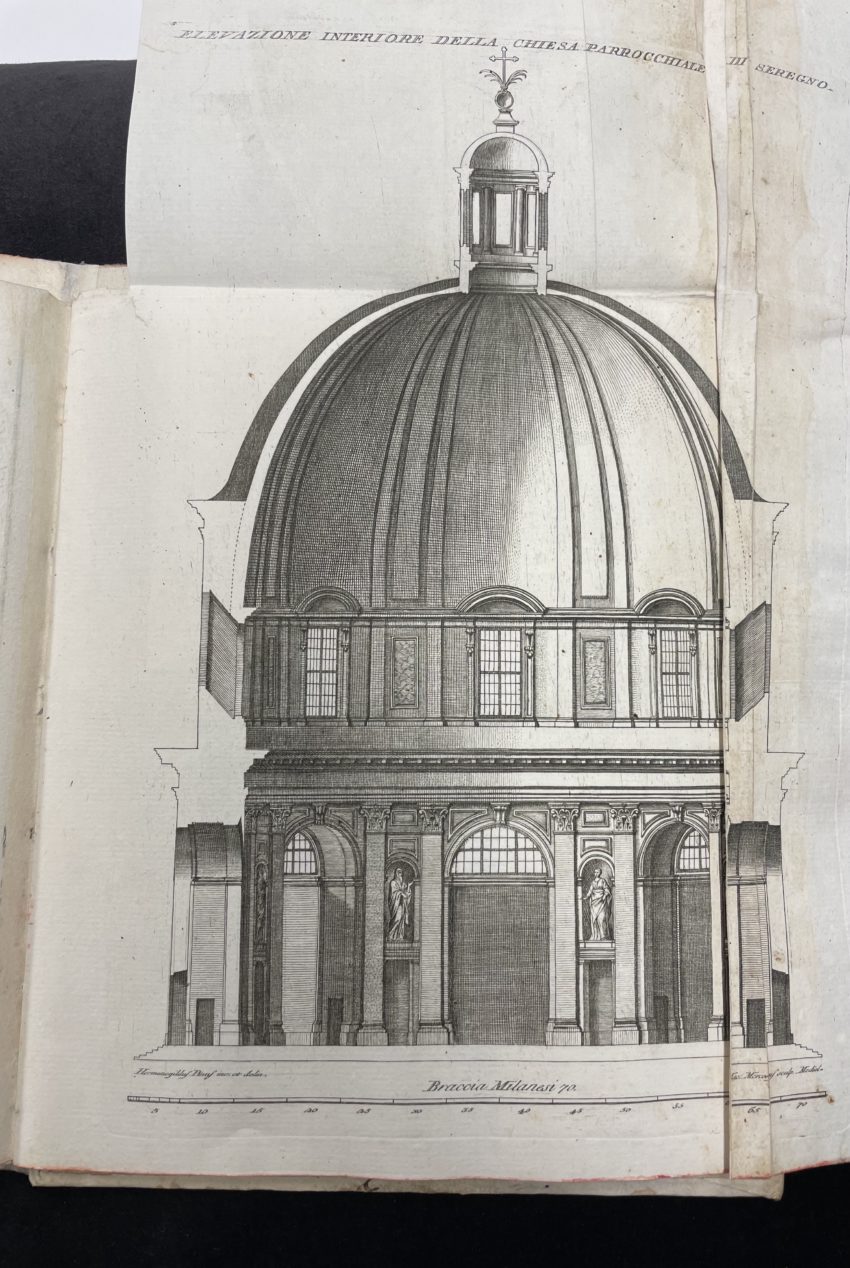 Author: Ermenegildo Pini Title: Dell’architettura Kaspar Wysser I chose the following pages because the technical drawings and techniques of illustrating measurements are very fascinating and also that you need to unfold the pages to make the whole drawing visible.